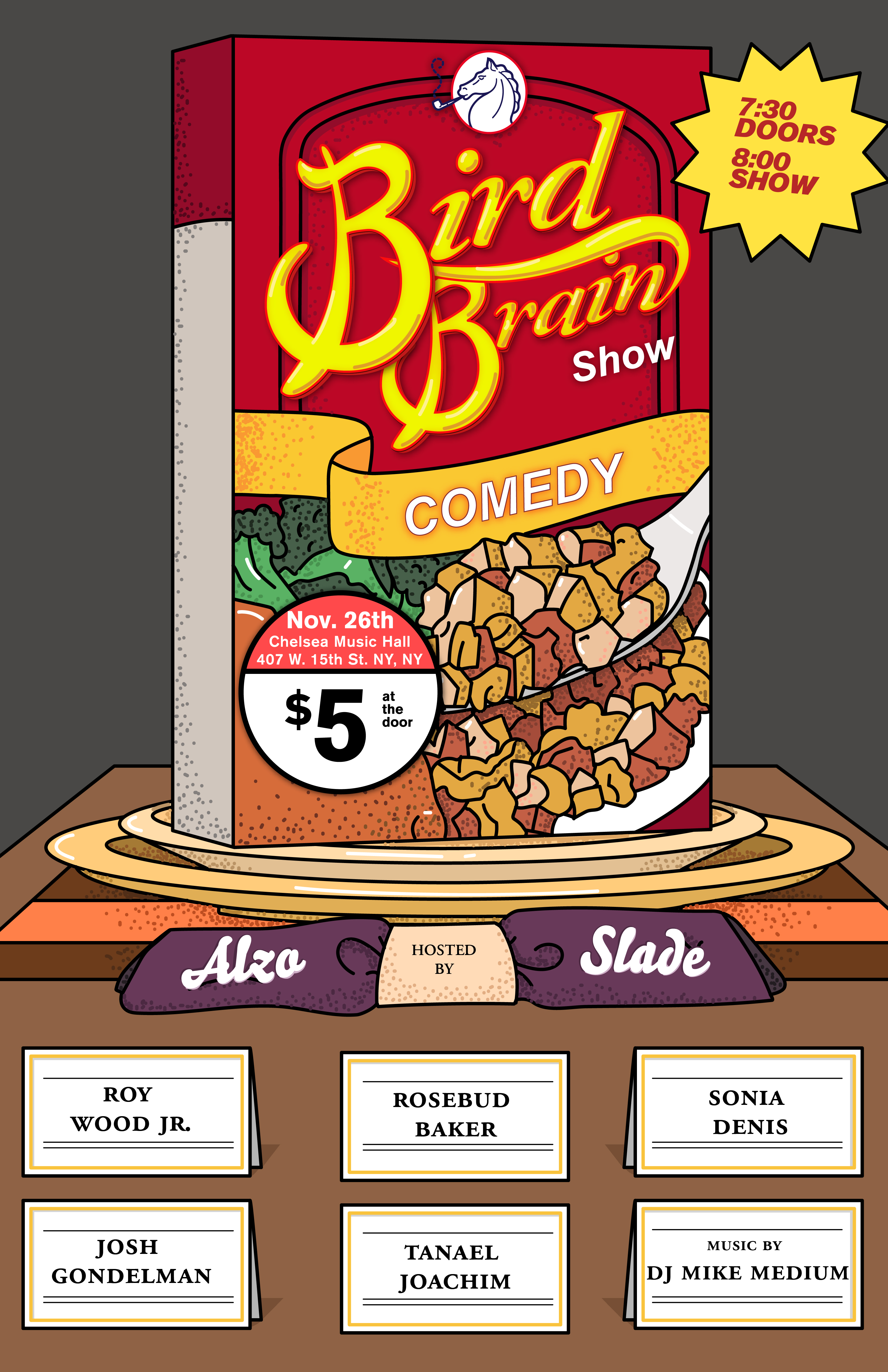 On any given night, NYC has a ton of comedy shows to choose from, but there’s only ONE Bird Brain show. More than your typical stand up show, it’s a celebration of the best of the city’s vibrant comedy scene. One night a month, Bird Brain Comedy gives audiences an expertly curated lineup that features the very best stand ups, storytellers, writers and sketch performers. Our host, Alzo Slade(HBO’s Vice News Tonight) sets the vibe while Hot 97’s DJ Michael Medium setting keeps the party going before, during and after the show.

Sonia Denis (Facebook’s After After Party)

Ryan Ling is the creator and Executive Producer of MTV’s popular Guy Code and Girl
Code franchises. Ling has been active in the TV industry for years, having worked primarily in documentary/reality television, covering everything from the lives of celebrities like Hulk Hogan to profiling important social and political issues. In 2012, Ling was nominated for an Emmy Award for his work on mtvU’s Quiet Campus. In 2015 he launched an independent, full- service production company: Bird Brain Productions.

Currently, Bird Brain has projects with COMEDY CENTRAL, MTV, VH1, BRAVO, SNAPCHAT, NICKELODEON and VICELAND and their latest comedic-sketch series, Grown & Sexy, premieres this fall on VH1. Having worked with the very best up and coming comedy talent, Ling has been credited with launching the careers of many performers including: Carly Aquilino, Pete Davidson, Nicole Byer, Charlamagne tha God, and Awkwafina, among others. In addition, Bird Brain produces a popular monthly live comedy event in NYC, featuring both breaking and more established comedians.