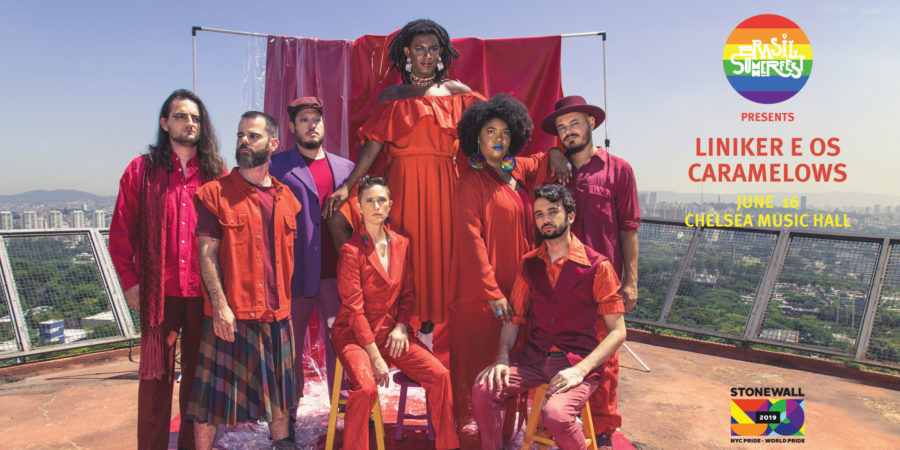 Brasil Summerfest presents Pride with
LINIKER E OS CARAMELOWS
ELSZ (opening act)
Sunday, June 16 • Doors 7pm / Showtime 8pm
In the entire month of June 2019, New York City will host World Pride, a global celebration that marks the 50th anniversary of the Stonewall Uprising and a half-century of the LGBTQIA+ community’s on going fight for liberation. Brasil Summerfest is proud to present two magical evenings of Pride with Liniker e os Caramelows.
Bringing a sonic blend of Afro-Brazilian sounds, funk & soul, and driven by the tightest band from either side of the Amazon, Liniker Barros is the first openly transgender star of Brazilian music. Her husky voice, impeccable outfits, theatrical performance style and visible, visceral pride makes a clear statement.
She has said that being black, poor and queer is empowering. Being a trans black woman onstage is, “political, because we need representation. Society tries to make us invisible and delegitimize our existence. It’s extremely important — not just for me, but for each of us — to resist and exist.”

After the bands meteoric success in 2015, the band has toured extensively in Brazil, Europe and North America performing at big festival like Primavera Sound, Lollapalooza Brazil and SummerStage/Brasil Summerfest. The group will be embarking on a worldwide tour in support of their new album Goela Abaixo.