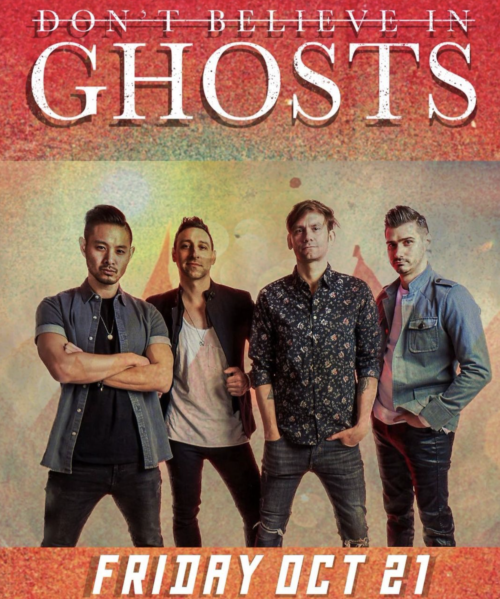 21+ // limited tickets sold at the door —– Don’t Believe in Ghosts are an alternative indie pop band formed and based in New York City. Led by singer, songwriter, and producer Steven Nathan, the group features Dan DelVecchio on guitar, Alex Goumas on bass, and Ken Yang on drums. The band signed with Imagen Records/Warner ADA in 2020, and is best known for their song “Put Your Head Back”, which was featured in, and on the soundtrack of, the AppleTV+ show, “WeCrashed” – starring Jared Leto and Anne Hathaway. The song was mixed by Mark Needham, of ‘The Killers’ and ‘Imagine Dragons’ fame, and has received critical acclaim by multiple outlets across the country.