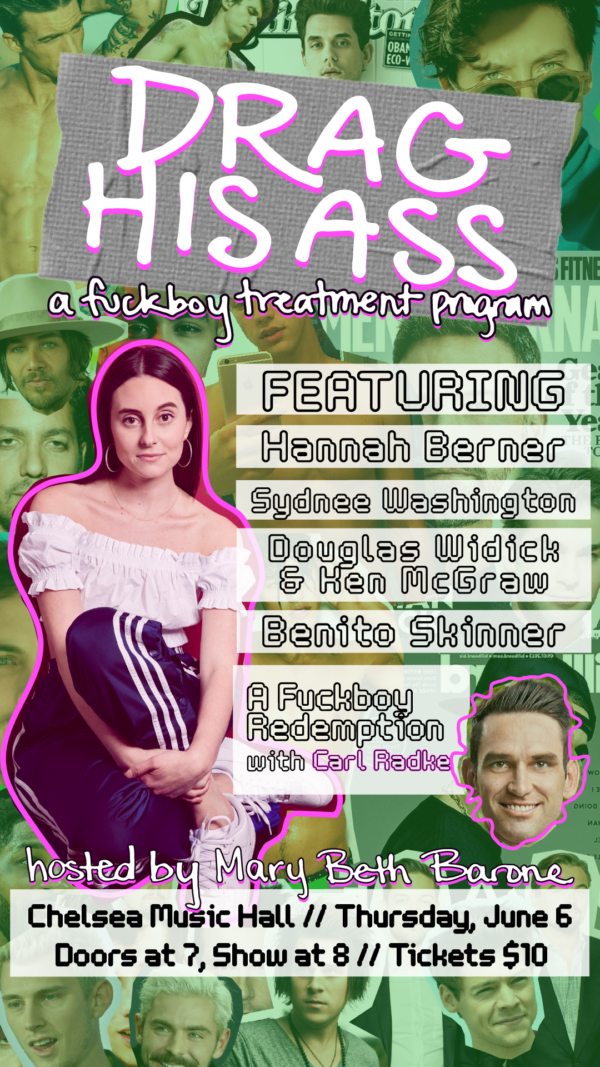 Fuckboys have had it good for too long. For the unenlightened, a fuckboy is a relatively new breed of human, described as ‘a boy who is a player and is only in a relationship for sex’ (source: Urban Dictionary). They’ve been running rampant around New York City, leaving intelligent, beautiful, amazing women in their path of destruction. After years of putting up with fuckboys, and entering fuckboy territory with her own behavior, comedian Mary Beth Barone has had enough.

At Drag His Ass, MB invites her friends to share their various experiences with fuckboys in this stand-up and storytelling exploration. Oh, and we’ll probably drag some people in the process 😉 Come for the comedy, stay for the healing.