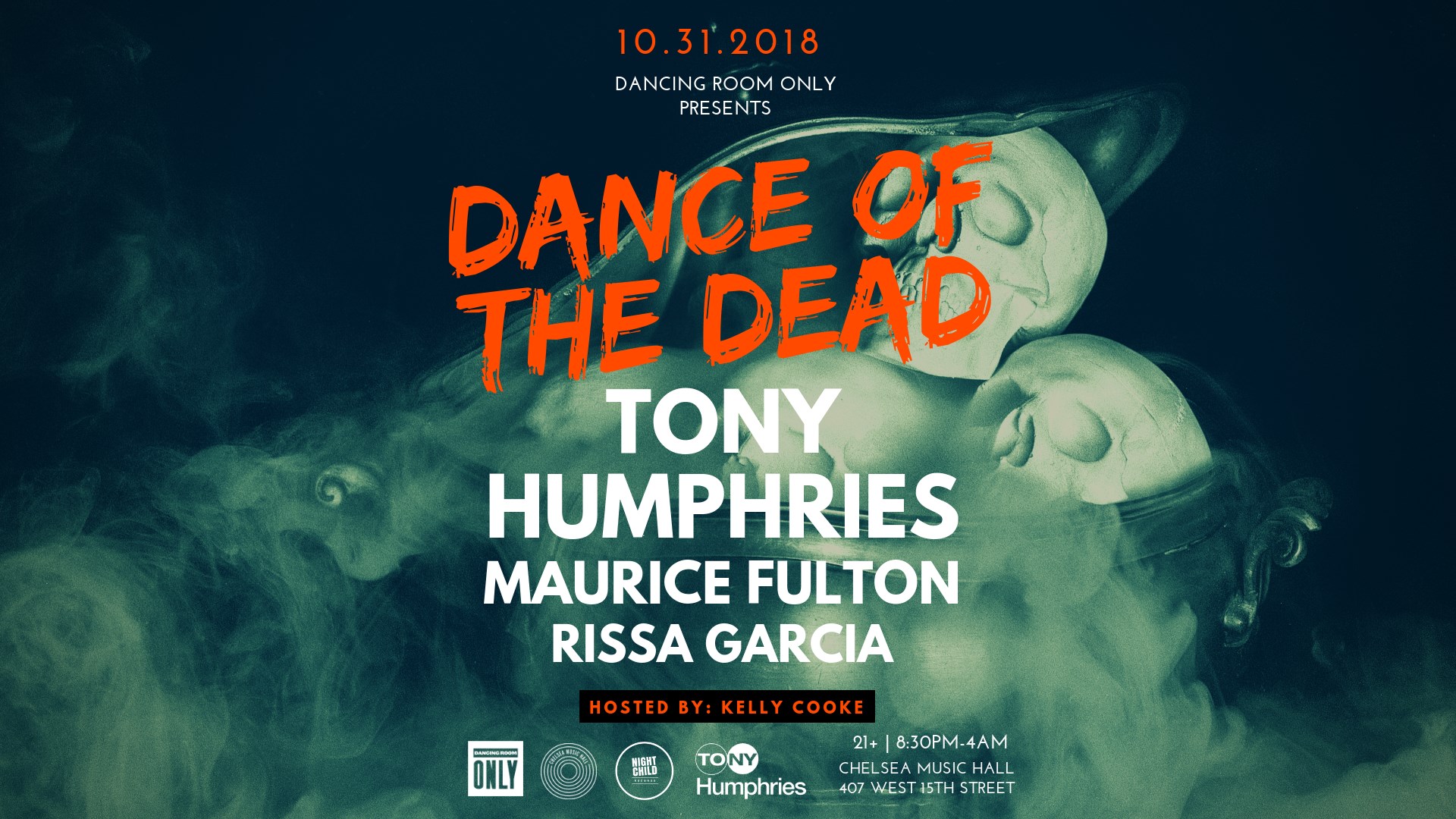 Special Halloween Night Edition of Dancing Room Only with Legendary Tony Humphries. Also joining celebrating is birthday Maurice Fulton! Tony Humphries became a DJ in the early 1980s. He was one of the earliest proponents of house music and has been instrumental in spreading the genre on both sides of the Atlantic. Humphries’ work encompasses studio production and remixes, radio slots on WRKS 98.7 Kiss-FM and Hot 97, and DJ residencies at clubs including Club Zanzibar (Newark, New Jersey) and Ministry of Sound in London, UK Maurice Fulton is one of house music’s true originals, an eccentric ex-pat American (currently living in Melbourne) DJ and producer who never fails to surprise and delight his listeners. His first album since the leftfield Stories Of A Broken Heart And Recovering which he recorded as Ladyvipb (for Nuphonic) is an altogether more accessible and dancefloor friendly affair… Maurice Fulton has been round the block in more ways than one, not only did he have a hand in producing Gypsy Woman by Crystal Waters, one of the most successful house tunes of the early ‘90s; he is the darling of both the underground house and leftfield scenes with an enviable back catalogue, he also has a capacity for landing himself ‘in the soup’. For Tickets: https://www.eventbrite.com/e/dance-of-the-dead-tony-humphries-maurice-fulton-rissa-garcia-tickets-51906221907 https://www.residentadvisor.net/promoter.aspx?id=55513