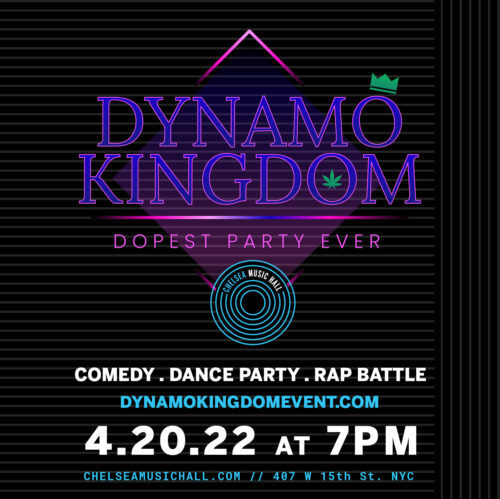 The show will feature standup performances from Marina Franklin (Chappelle’s Show), Rob Cantrell (The Last OG), Joyelle Nicole Johnson (Late Night with Seth Meyers), Giulia Rozzi (Chelsea Lately), Victor Varnado (Jimmy Kimmel Live), and Seth Herzog (Late Night with Jimmy Fallon) in a “pass the mic” style format popular in Europe, where each comedian introduces the next and there is no regular host.

Attendees of the in person event will be able to complete video game challenges at kiosks provided by High Score Wins Money to win prizes and drinks. Featuring the debut of a brand new game by indie gaming darling Will Brierly (Retired Men’s Nude Beach Volleyball).

The show will be available to stream live with an immersive and interactive viewing experience by Moment House.