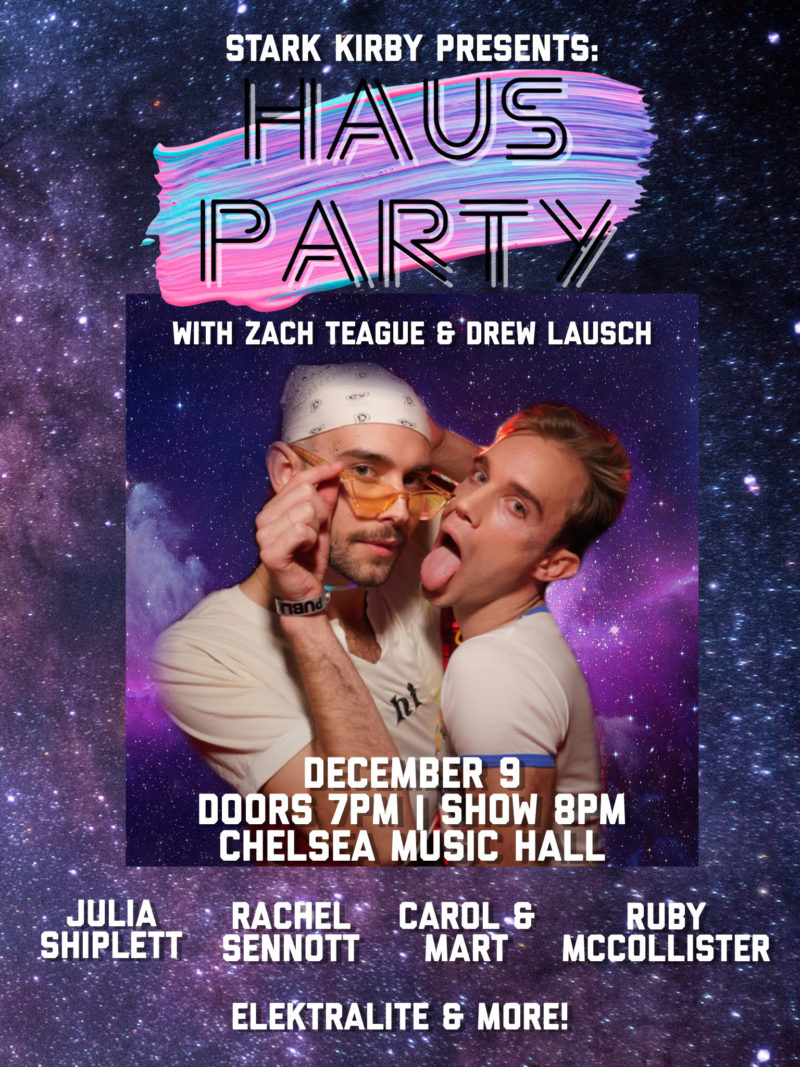 As seen in the New York Times and described by TimeOut NY as a “queer spectacle”, Haus Party Show is returning to Chelsea Music Hall for a holiday extravaganza! Presented by Stark Kirby, come get wild with your favorite downtown it-girls, Zach Teague & Drew Lausch for a night of comedy, drag, fashion and so much more. Buckle up boys, we’re having a Haus Party!