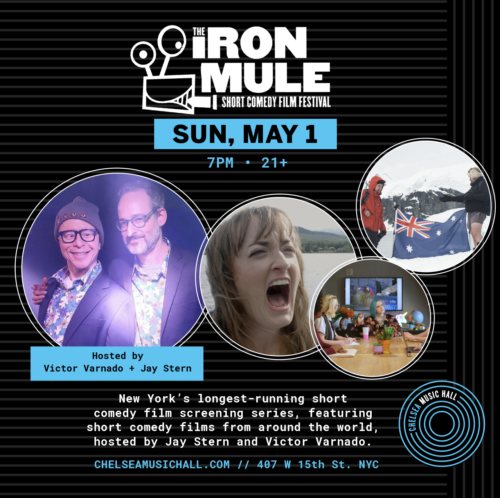 Join hosts Jay Stern and Victor Varnado for a new lineup of short comedy films about being dumped by a superhero,
inappropriately explicit lyrics, how to save a marriage, and our first film shot in Antarctica! After the show, join us for our after party
and meet the filmmakers!