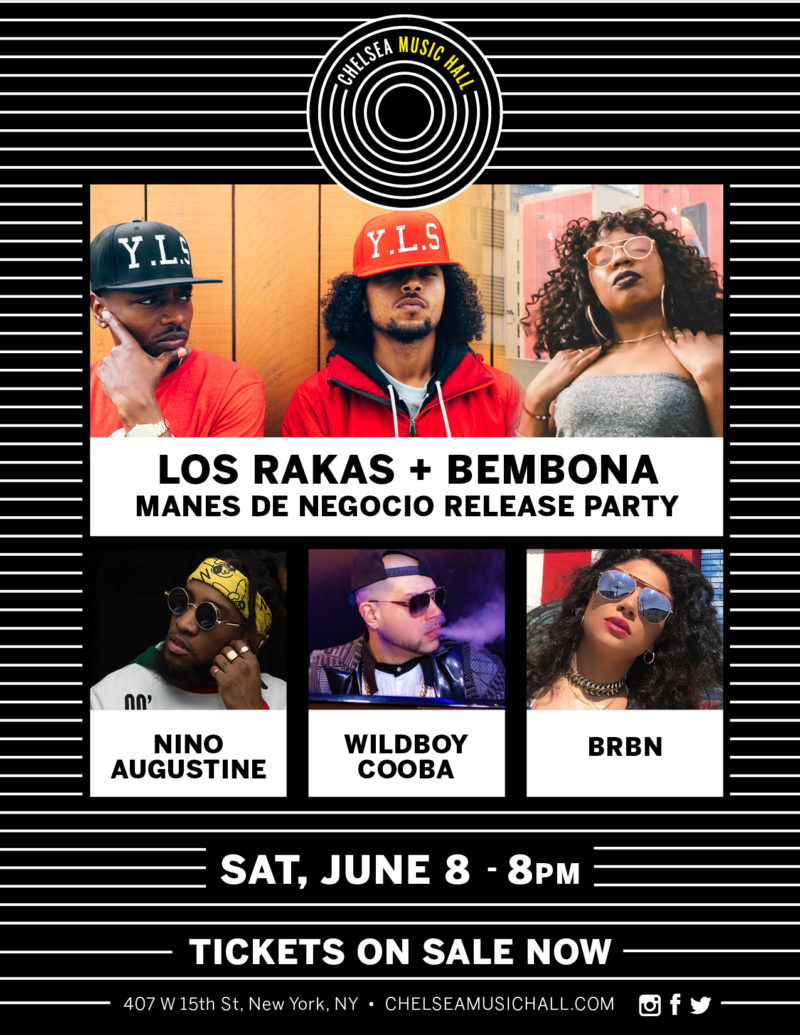 Boldly blending languages, culture and genres, Panamanian-American duo Los Rakas fuse hip hop, reggaeton and RnB while rapping in both Spanish and English. Bembona merges her Boricua-Panameña roots with her Brooklyn upbringing to showcase sounds that shifts between the past and future while always letting the Latinx diaspora shines. Nino Augustine is a singer, producer and songwriter from Panama City, Panama, currently residing in Atlanta Ga. While Atlanta is primarily home to innovative Hip-Hop, Trap and R&B artists, the city is rapidly developing an underground World music scene where Nino is currently standing alone with his multinational,
multicultural and multi-linguistic world sound. Join them all for Los Raka’s album release party at Chelsea Music Hall.