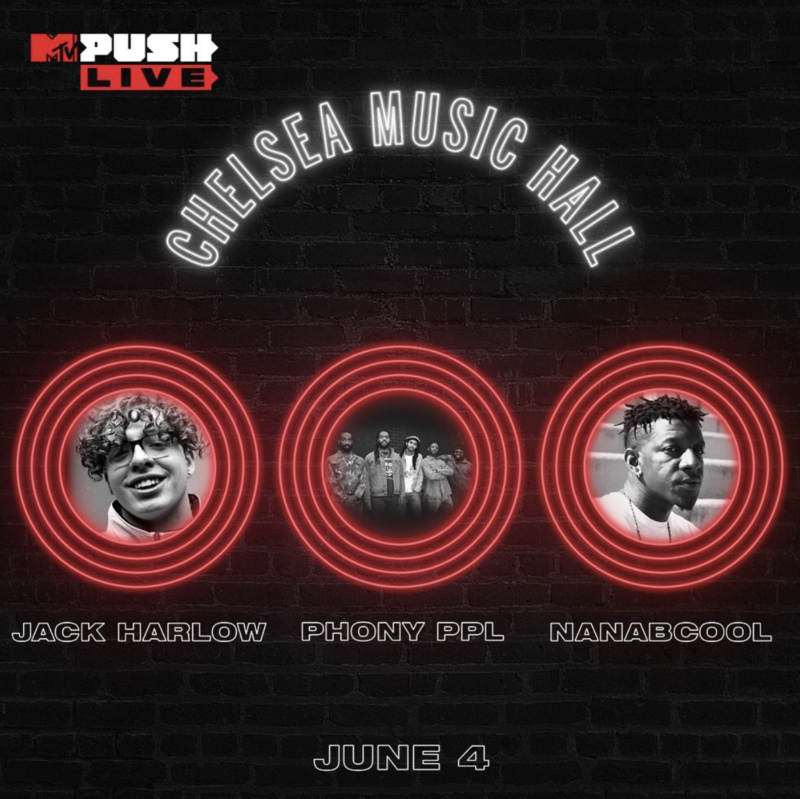 MTV PUSH connects fans across the globe with a new musician every month through live performances, interviews, exclusive video content and broadcast music video premieres to bring them closer to music’s next big star. Now, MTV is partnering with Live Nation in the U.S. on MTV PUSH Live, an intimate concert series that gives fans the opportunity to engage in person with the emerging acts they care about most.

MTV PUSH Live kicks off on Tuesday, June 4th at Chelsea Music Hall. Tickets on sale now at LiveNation.com with the lineup to be announced Monday, June 3rd.