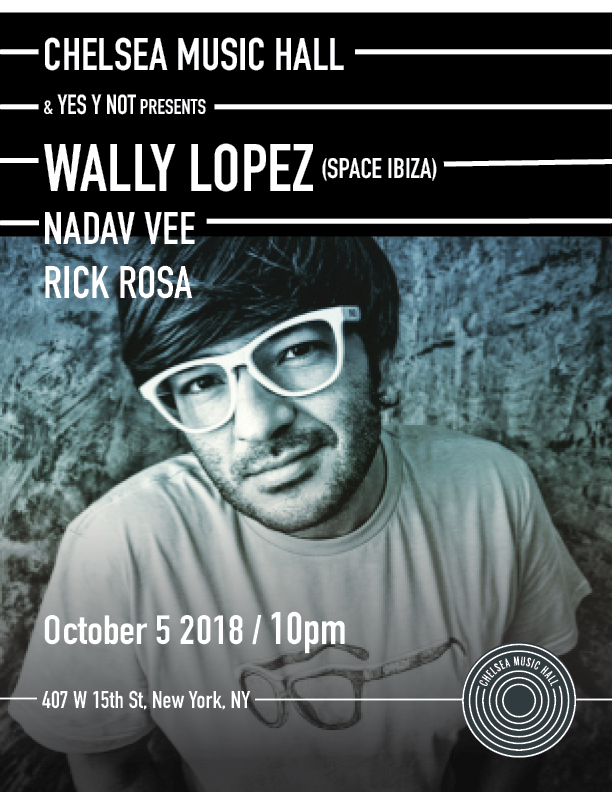 This event is in partnership with Yes Prosecco .  Come before 11 pm and have a taste of Yes Prosecco on the house!

Born in San Blas in Madrid, 1976, Angel David López starts his career as a DJ and radio presenter at the early age of thirteen. With an innovative programme, specialized in dance music, he broadcasts his sessions at Top Radio (Spain) in the early mornings of the weekend.

Wally, a pioneer of the house music in Spain, starts his career as producer in 2000 by launching the label Weekend Records, and remixing artists such as Tiësto, Marco V, Valentino Kanzyani, Dirty Vegas, Bob Sinclar and Robbie Riviera. Many of his records are successfully published with renowned labels including Defected, Underwater, Yoshitoshi and Subliminal. In the same year he also produces what it will be his first international hit ‘Amman’, followed by ‘Patricia Never Leaves the House’ (both remixes have been relaunched in TheFactoria recently) and ‘Disco Night’, played all over the globe by DJs like Pete Tong, Hernan Cattaneo or Steve Lawler. The later even dubbed him as ‘The Man of the Moment’… . Read more…