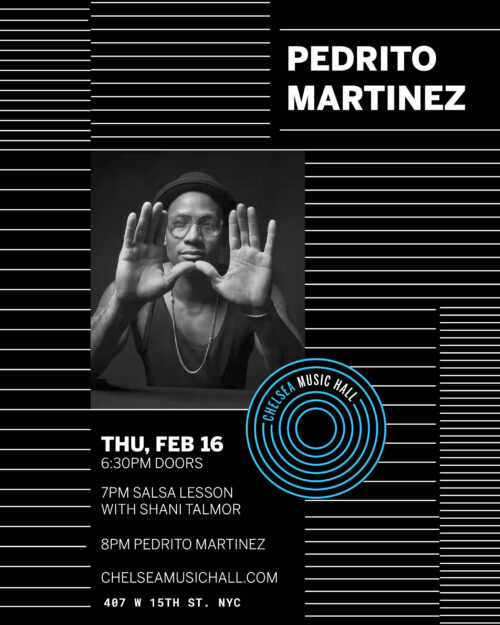 Pedrito Martinez is widely regarded as the world’s leading percussionist in Afro Cuban music and jazz and a uniquely gifted vocalist. Since arriving from Havana in 1998 he has recorded or performed with Wynton Marsalis, Eric Clapton, Paul Simon, Sting, and James Taylor. Leading his own quintet, he presents he presents a high energy blend of Cuban timba, Afro-Cuban rumba, and the sacred sounds of Yoruba.

“Mr. Martínez, is an incomparable performer… he is as close as traditional Afro-Cuban music has to a superstar” – The New York Times