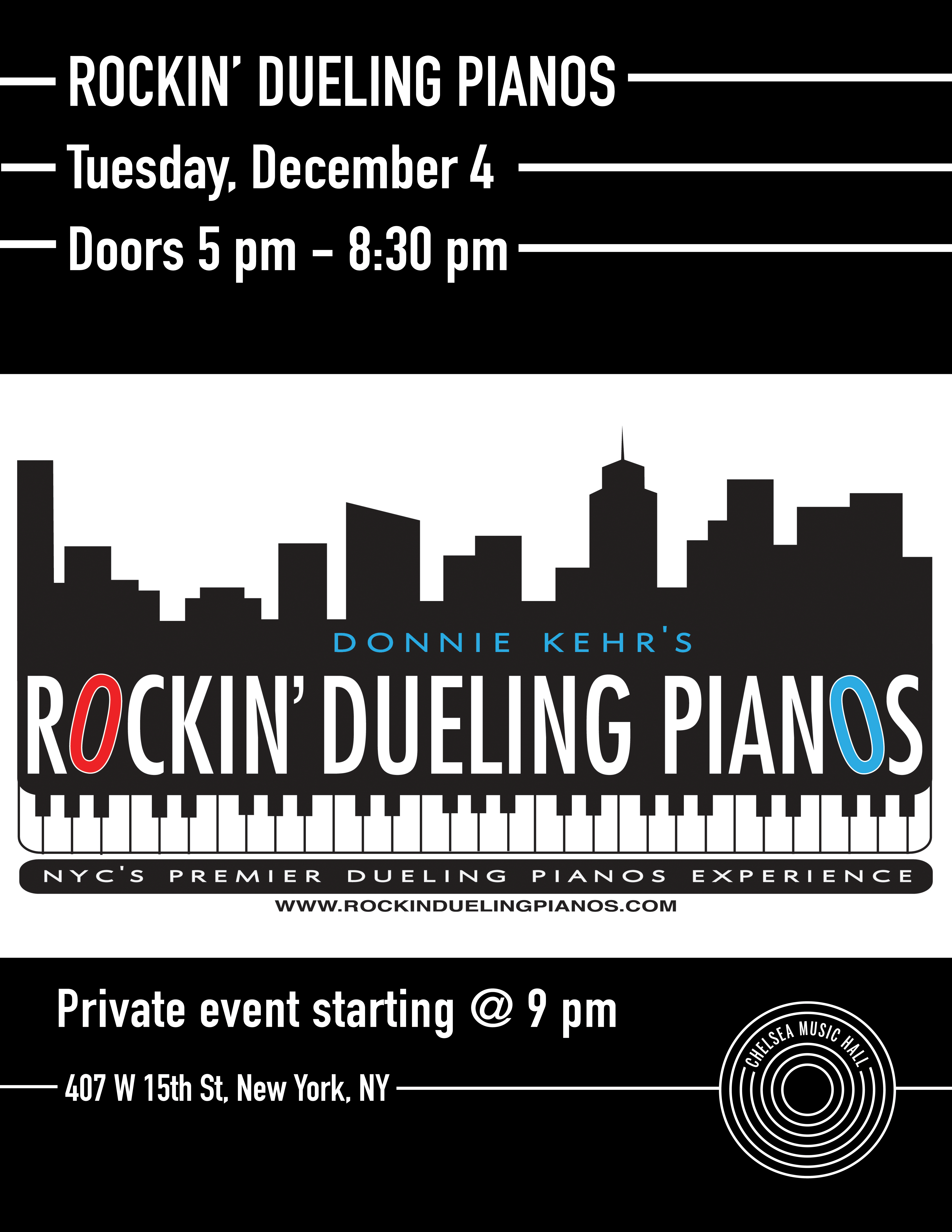 Is a high energy, all request, rock ‘n roll show with two piano players and a drummer. You request your favorite songs when you want to hear them. Celebrate birthdays, anniversaries, bachelor & bachelorettes, office parties and all things fun. Where you choose the music and rule the room like a rockstar.

Donnie Kehr is a Broadway veteran actor, musician, singer He is the creative force behind the annual Rockers On Broadway charity concert series, and all events for his non-profit The PATH Fund.  Broadway: Original Broadway Company’s of Jersey Boys, The Who’s TOMMY &  Billy Elliot to name a few.  Donnie has directed many concerts and events including:  The Who’s Tommy 15th Anniversary Reunion Concert on Broadway, the 2009 JCC Maccabi Games Opening Ceremonies at Madison Square Garden, and the launch event for UN Women in the United Nations General Assembly Hall. Currently, Donnie is the creator and co-producer of the new show The Greatest Piano Men – From Beethoven To Billy. A musical celebration of songs by Billy Joel, Elton John, Ray Charles, Jerry Lee Lewis, Stevie Wonder and others. For more info visit: thegreatestpianomen.com rockersonbroadway.com donniekehr.com  and join Rockin’ Dueling Pianos on Facebook.