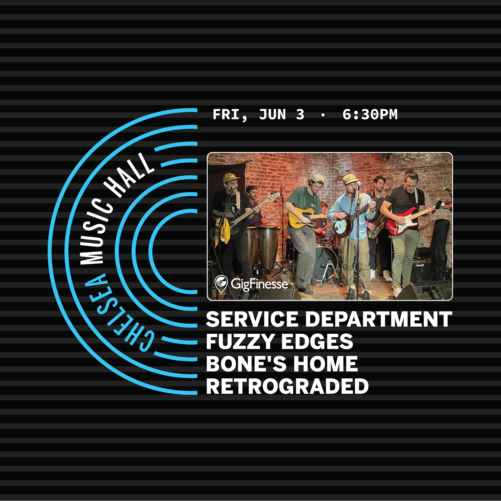 Service Department is a ~7 piece post folk alt rock indie band that was formed in Brooklyn in 2020. The band is here for you. The band has played throughout Brooklyn and upstate NY.

Bone’s Home is a four-piece alternative rock band currently based out of New York City. All of them enjoy writing songs, collaborating on music, and most importantly having a good time doing it. They formed quite recently in the fall of 2021 and have been experimenting with different sounds since. Their songs range from moody ballads to rocking jams. Some of their tracks are “Ad Bound,” “Nursery” and “I don’t want anything.”

Since the release of his first EP, Spaceship Boy in 2019, Retrograded has accumulated a monthly listener count of over 20,000. After a successful album release in 2020, “Hi I Miss You” from Red Lights at Midnight became Retrograded’s most-streamed track with over 600,000 plays on Spotify to date. The independent artist has already taken 2022 by the reins, playing live shows at Mercury Lounge and Berlin Under A. Multifaceted in every sense of the word, Retrograded passionately and artistically conveys his story in any and every way he can. With the release of Think of Me on February 25th, Retrograded is ready to show the world what he’s been working on for the past two years.