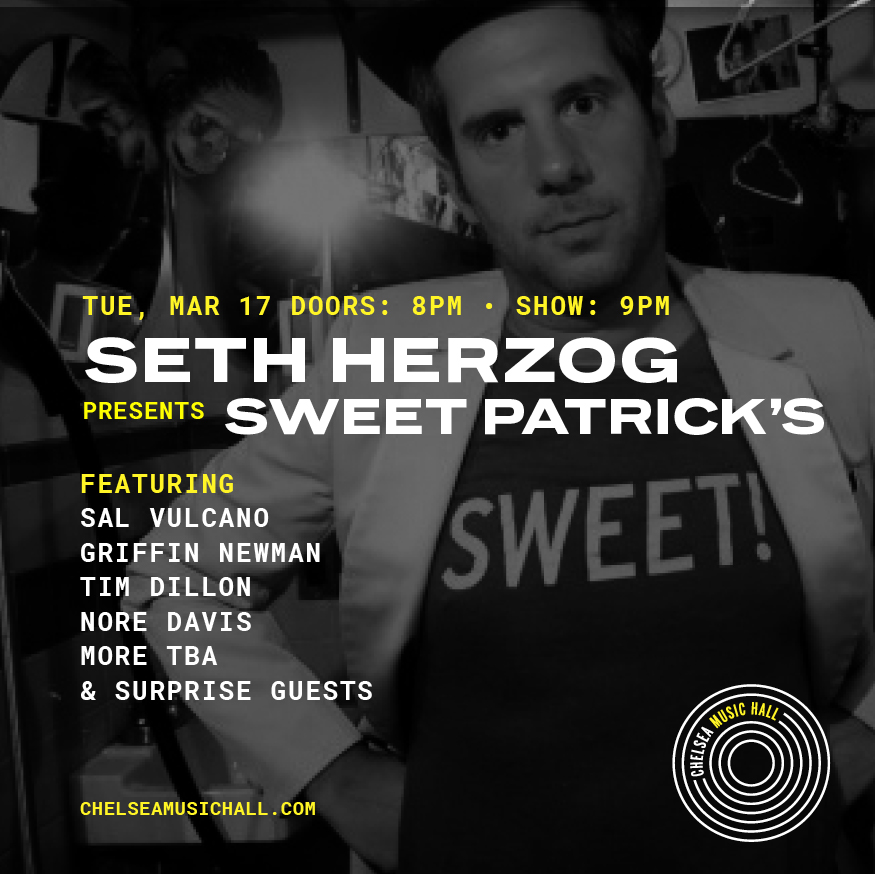 Each month’s SWEET is always a special event filled with unmissable moments, performers and things everyone will be talking about later.
This month is now different. Also, If you’re looking for a exciting but safe haven from NYC’s St. Patrick’s madness, this is the show for you.
Plus, I’m putting together a very special line-up for the night, including:

SAL VULCANO (from “Impractical Jokers”– which the film of, is now out in theaters and doing well)

GRIFFIN NEWMAN (Starred in Amazon’s “The Tick,” HBO’s “Vinyl,” and currently on Showtime’s “Our Cartoon President”)

NORE DAVIS (Amazon comedy special “You Guys are Dope,” appearance in HBO’s “Succession” and “The Deuce”)

So get your tickets now, before you can’t! Also gather your posse to join you at this safe space from the city’s pockets of drunken craziness.
There will be plenty to see and discuss on stage.