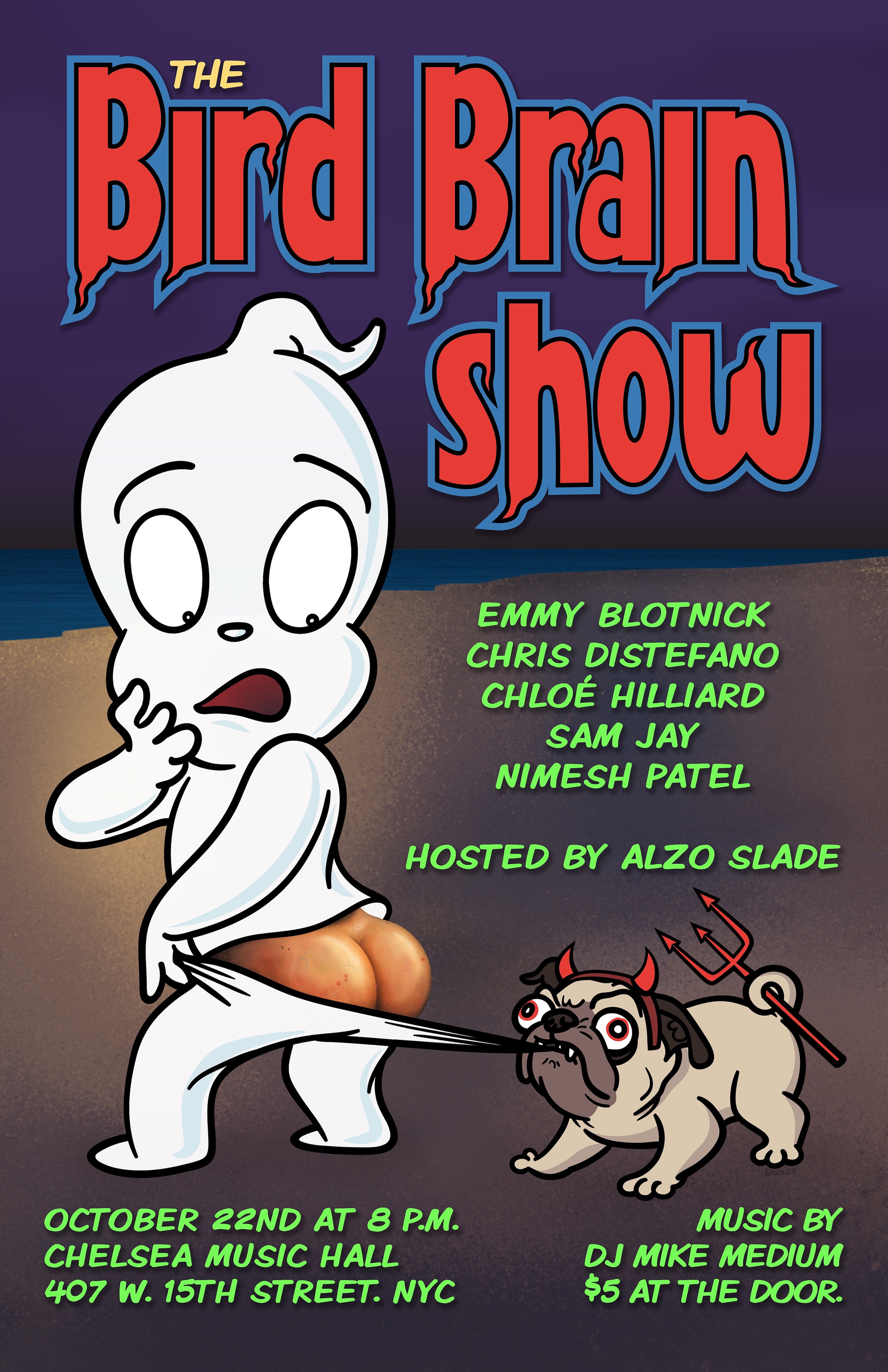 On any given night, NYC has a ton of comedy shows to choose from, but there’s only ONE Bird Brain show. More than your typical stand up show, it’s a celebration of the best of the city’s vibrant comedy scene. One night a month, Bird Brain Comedy gives audiences an expertly curated lineup that features the very best stand ups, storytellers, writers and sketch performers. Each show is an eclectic mix of both established comics and up-and coming-about-to-break talent, plus you never know who’s might stop by. Performers are given a stage to experiment with diverse styles of comedy and to work out new material.  Our host, Alzo Slade(HBO/Vh1) sets the vibe while Hot 97’s DJ Michael Medium setting keeps the party going before, during and after the show.