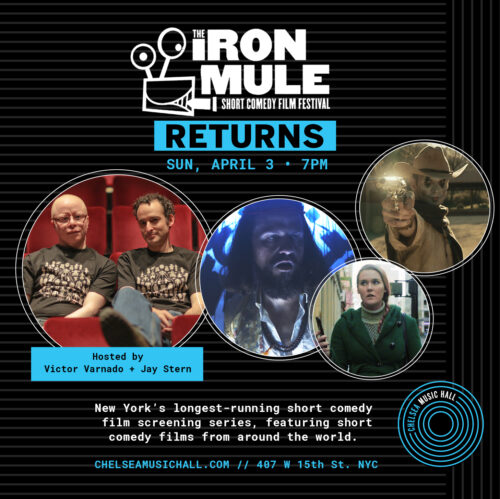 The Iron Mule is New York’s longest-running short comedy film screening series,
featuring short comedy films from around the world,
hosted by Jay Stern and Victor Varnado.
This month’s screening features short films about gunslinger clowns, bad Airbnb hosts,
getting lost in NYC, time travel gone wrong, and more! Come for the screening and stay
for our award-winning after party where filmmakers and film fans mingle.
Plus get the chance to star in your own short film!