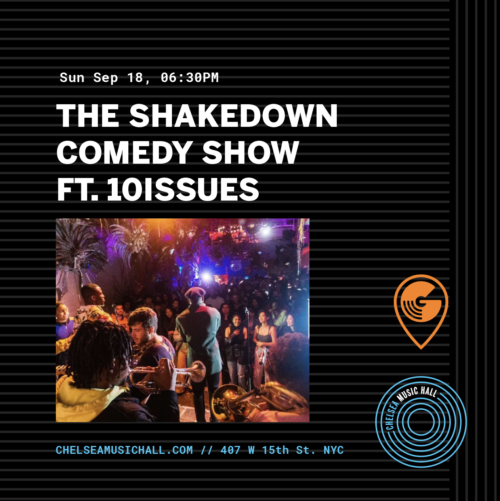 The Shakedown is a stand-up comedy showcase and party based in New York City. They’ll be collaborating with the Hip-hop/R&B band 10Issues for a JAM-PACKED night at Chelsea Music Hall. They’ve carved out a special show for ONE NIGHT ONLY that will feature New York City’s best comedians and musical talent. Don’t miss it! You might even win a raffle prize at the show too. Music and Comedy baby!