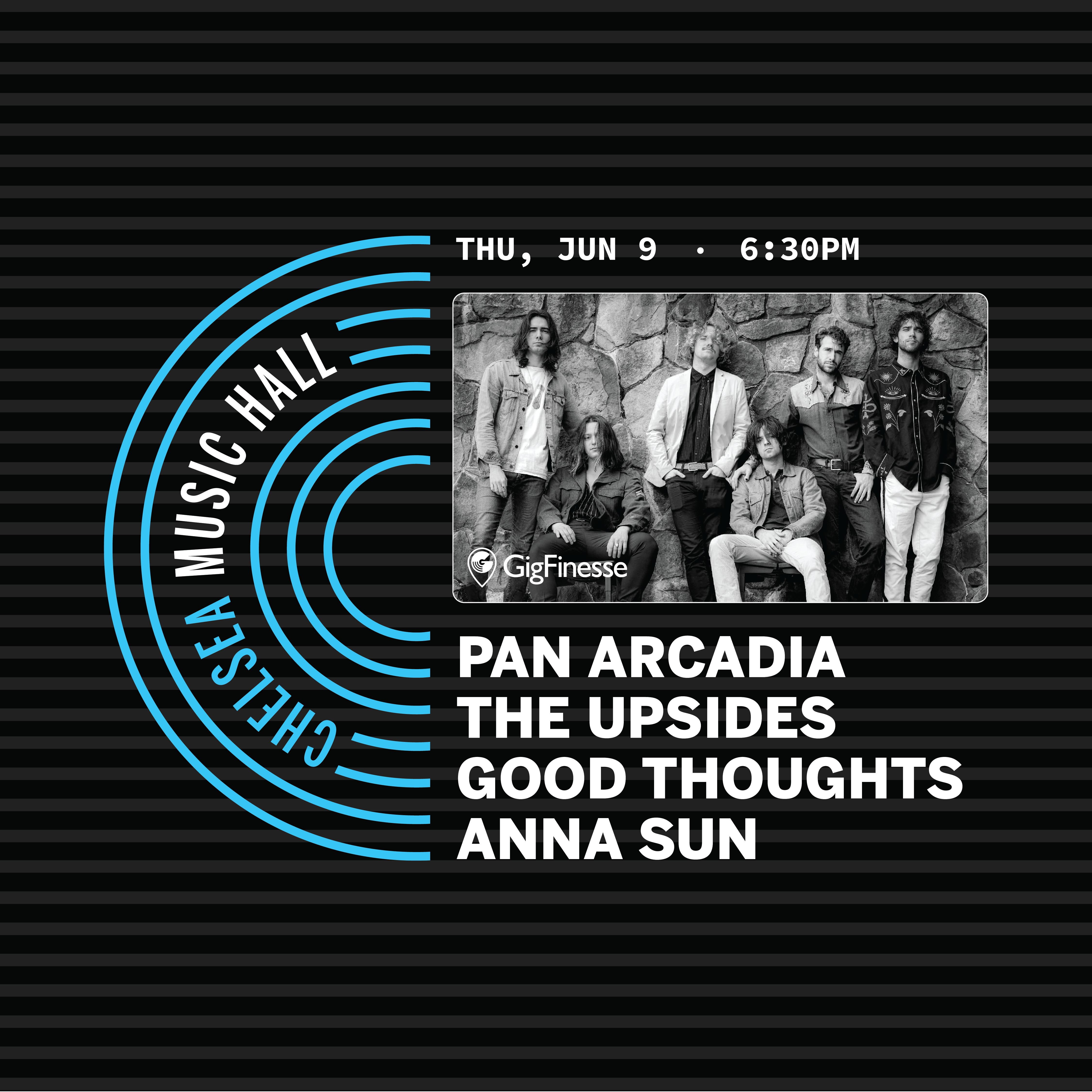 21+ // A portion of proceeds donated to Pencils of Promise, a global community that believes everyone deserves access to quality education

The Upsides are a four-piece rock act making a unique brand of thoughtful indie rock in New York City.

The group consists of brothers Matt Fullam (guitars and vocals) and Dan Fullam (drums) with longtime friends Matt DaSilva (bass) and Hart Mechlin (guitar). Sonically, the group blends the energetic, guitar-driven work of the Strokes with early ‘70s Heartbreakers tones. Drums and bass incorporate uptempo, danceable grooves that are reminiscent of the early aughts rock revival in the group’s home city, while Matt Fullam’s vocals center the music in both the live and studio settings. He effortlessly flips from a croon to a falsetto to match the band behind him, whether bringing life to downtempo grooves à la The Rolling Stones’ “Angie” or electrifying the audience with overdriven, Queens-of-the-Stone Age-esque tenacity.

Out of the cellar-studio of a tipsy Brooklyn shack lumbers the music of Pan Arcadia. Raised on the nutritious sounds of Television, Status Quo, Miles Davis and Sam & Dave, the band makes propulsive yet soulful rock; melding CBGB-era guitars with Motown horns. After years of playing New York firetraps such as Knitting Factory, Mercury Lounge, and Arlene’s Grocery, Pan has finished recording their debut album. Leading up to its release, they organized the Save the Scene NYC virtual festival to benefit performers and venue workers affected by Covid, and got voted ‘New York’s Best Emerging Artist’ by the readers of The Deli Magazine.

good thoughts is a rock band that formed in New York City in 2021 by lead singer and songwriter, Alex Petti. They use the best elements of rock, punk and folk music to tell complex stories in a modern alternative rock format. Their debut EP, For Hard Times/From Hard Times, will be released in October 2021.

Anna Sun blends dreamy, explosive, and seductive into a fever dream of pop-rock. What started out as a solo project by frontwoman Samantha Aneson expanded to a three-piece with the addition of bassist Andrew Shewaga and drummer Nikola Balać. Their established chemistry from playing together in folk-rock group Satin Nickel soon yielded a fusion of musical influences, combining elements of pop, indie-rock, and funk. With a repertoire ranging from fantastical love serenades to reflections on loss and loneliness, their music is a dance party with depth.