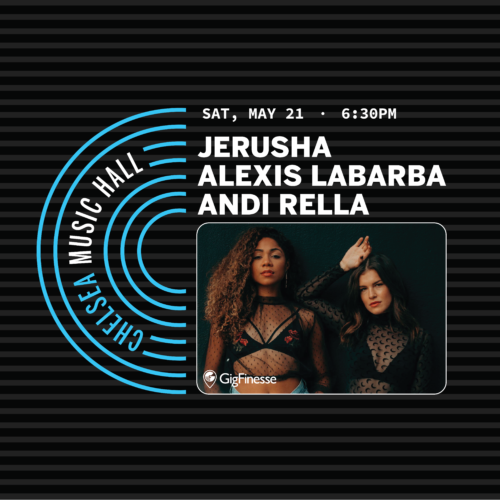 Jerusha is a prominent actress and performer. She’s acted in hit television shows like Atlanta on FX alongside Childish Gambino and performed on Broadway. Outside of her career as an actress, she is also a musician who’s collaborating with some of the biggest acts/producers in the world. Her debut release ‘Aquafina’ was produced by Mike Woods of Rice N’ Peas. Her latest single ‘We Like That’ is streaming now.

Alexis LaBarba is a singer, songwriter and actor. She got her start singing with the Houston Grand Opera and made her way to New York to train and work in Musical Theater. She recently released her first single titled Waves in July of 2021. Waves is a live record and was made in New Orleans. Alexis has been playing all over New York City with her band at venues like Nublu, The Delancey, The Bitter End, East Berlin and the Bowery electric. She’s excited to release her next single, ‘younger’ this summer!