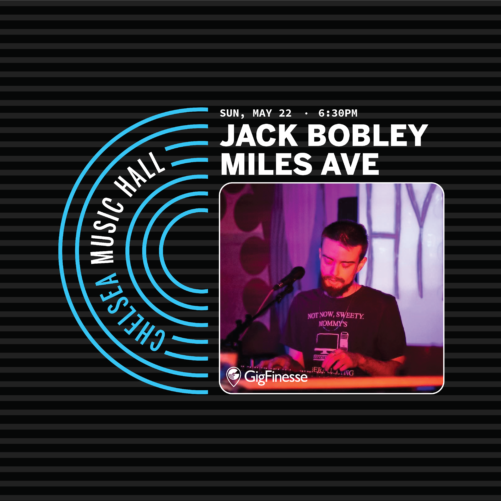 Jack Bobley is an artist and producer from Washington, DC. Although originally trained in classical and jazz guitar, his vocal and synth driven music is more reminiscent of James Blake or FKA Twigs. Leading his RnB fusion band with a vocoder, he delivers the vocal harmonies of Bon Iver with the lyrical brevity of Lucki. Having performed as far as Tokyo, Japan, Jack Bobley is currently based in New York and his album Colorless is set to release in Spring 2022.