Bergy Seltzer with The Lowtones 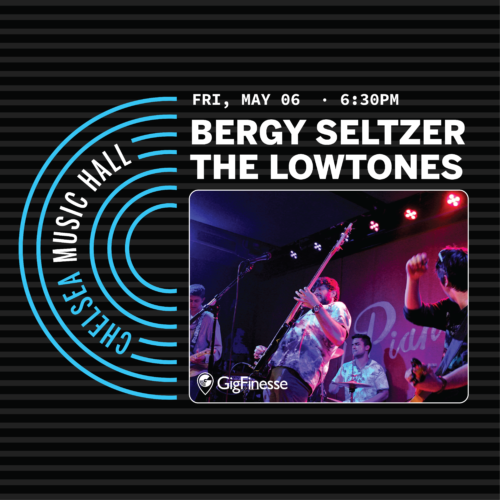 21+ // Bergy Seltzer and The Lowtones take the stage! Stay tuned for more…

Formed in 2018 Bergy Seltzer is a NYC based rock/funk band. They have played shows across the Tri-state area and have released 1 EP with a full length album on the way for 2022. With a strong focus on delivering energetic live shows Bergy Seltzer’s utmost priority is to have a good time with their fans at every show.

Norwich-based (UK) band formed in February 2020. Influenced by the British Post Punk bands of the 80’s (e.g. The Smiths, The Cure, Joy Division) and the bands of the early/mid 00’s such as Interpol and Bloc Party. The band bring together lyrical themes of isolation and loneliness and marry them with the Lowtone signature guitar sound, driving bass-lines, and high-energy drums.