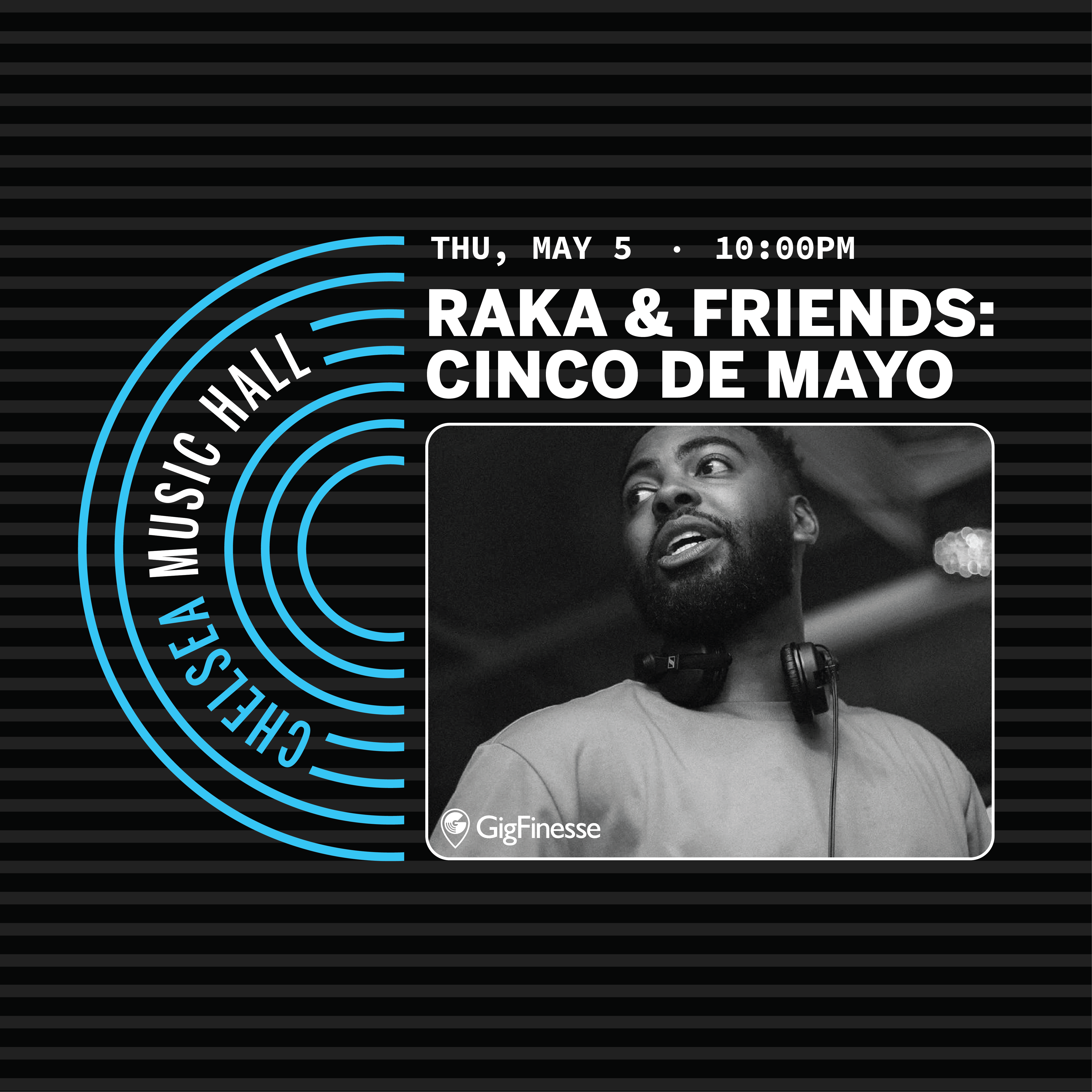 Raka is a DJ from New Jersey, currently based in Brooklyn NY. Religiously collecting music since the age of 10, he started his career in 2018 in New York by curating rooftop apartment parties all across Manhattan and Brooklyn. He quickly developed a following that loves his ability to thoughtfully mix genres and play beloved tracks they would never expect to hear at a party. Raka is a devoted follower of American and international music scenes which gives him the ability to play for any crowd. No set is ever the same.

Celebrate with us this Cinco de Mayo with an upbeat selection of music from Raka and Jedai. Expect to hear Latin Tech House, Reggaeton, Dembow, Baile Funk + more.

Supporting Raka will be Jedai. Originally from Albany, NY and currently based in Brooklyn since 2019, Jedai was raised a Djembe and Drum kit player, influenced by reggae and soul tapes from the 60s. His love for music brought him to launching several parties with a heavy focus on controlling dance floor energy using elements from all genres. From artists like Osunlade, Salif Keita, and Louie Vega, Jedai creates a one of a kind dance floor experience from his eclectic taste in music- while maintaining a house influenced rhythm.