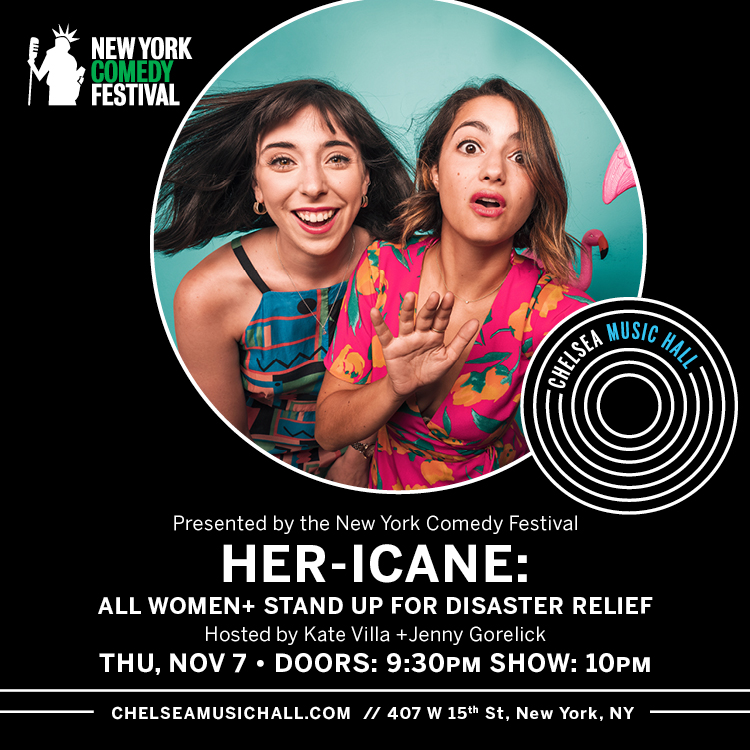 Her-icane is a monthly showcase of all women+ comics to benefit disaster relief…because women are funny,
and the planet is in crisis. Running since November 2017, the series has raised thousands of dollars for relief efforts
for the hurricanes in Puerto Rico and the Carolinas and the California Wildfires, among others.

The show is hosted by Kate Villa (Wait Wait Don’t Tell Me) and Jenny Gorelick (Jenny’s Birthday Show at Union Hall)
and has been featured in the New York Times, amNY, Time Out New York, Bedford & Bowery, and the skint.