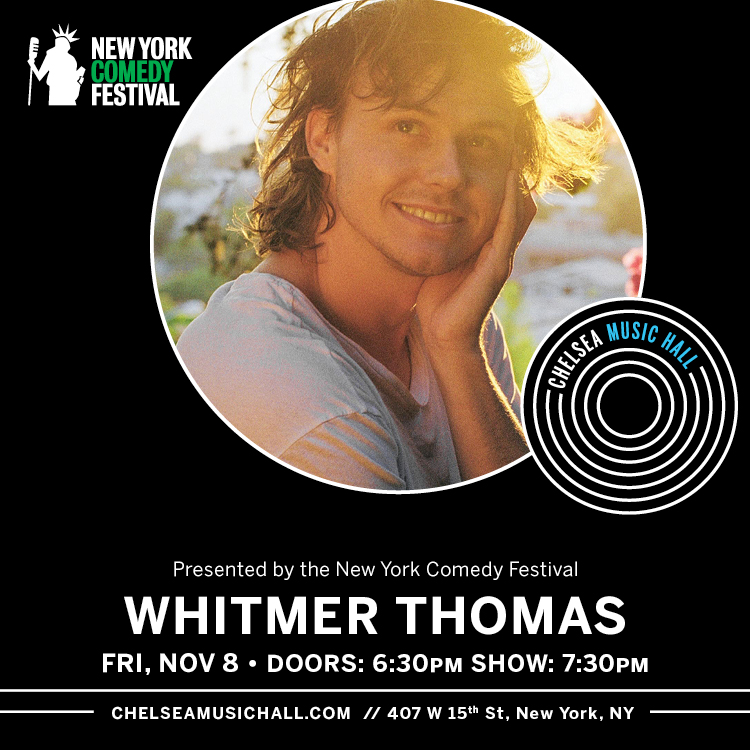 Whitmer Thomas is a comedian, actor, and filmmaker. He and his writing partner Clay Tatum ran the popular show “Power Violence” every third Sunday at The Satellite in Los Angeles, which has now been taken over by “Whitmer Thomas & Pals” featuring some of the biggest names in comedy performing today. Whit has most recently appeared in THE GOOD PLACE (NBC), THE WALKING DEAD (AMC), GLOW (Netflix), YOU’RE THE WORST (FX), and voiced and created the ADHD animated series STONE QUACKERS on FXX (now available on Hulu) featuring John C. Reilly.

Whit can be seen in Lynn Shelton’s film, SWORD OF TRUST, opposite Marc Maron, Jillian Bell, and Michaela Watkins. SWORD OF TRUST premiered at SXSW in March and is distributed by IFC Films, in theaters now. Whit has toured with Bo Burnham and appeared in colleges, clubs and festivals across the country, as well as a headlining gala at Melbourne International Comedy Festival after debuting as a stand-out New Face at Just For Laughs Comedy Festival in Montreal in 2014. Whit recently signed to SubPop Records for his original music for “The Golden One,” which has sold out venues in NYC, LA, Philly, Chicago, Seattle, Portland, and is now being produced as an hour special by Bo Burnham, Chris Storer and A24.