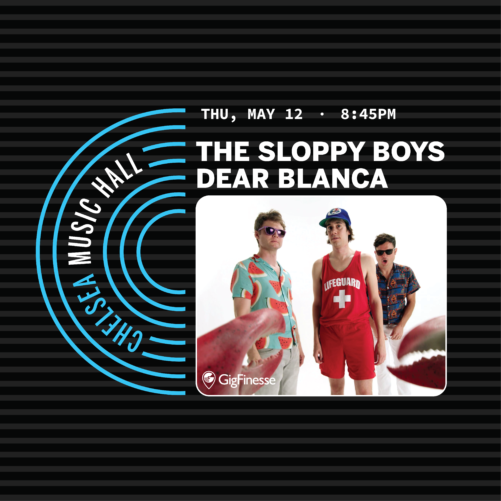 Join us at Chelsea Music Hall on 5/12 to see The Sloppy Boys and Dear Blanca! 21+

Dear Blanca began as the primary musical outlet for South Carolina’s Dylan Dickerson. The project evolved into a four-piece outfit that treads the fine line between 70’s power-pop and modern indie classics. A powerhouse rhythm section comprised of Cam Powell and Richie Harper provide a backbone of taut grooves that underly the emotionally diverse catalog of songs. The band’s most recent LP is titled ‘Perched’ and features an appearance by Mike Watt of the legendary Minutemen/The Stooges. This record serves as the sonic arrival of Alex McCollum (Guitar/Second Vocals) to the band. McCollum’s lush harmonies and dynamic guitar work provides an intriguing counterpoint to Dickerson’s distinctive vocal approach. The band is currently touring in support of ‘Perched’ and their critically celebrated live album ‘Thank You So Much, We’re Dear Blanca: Live’.